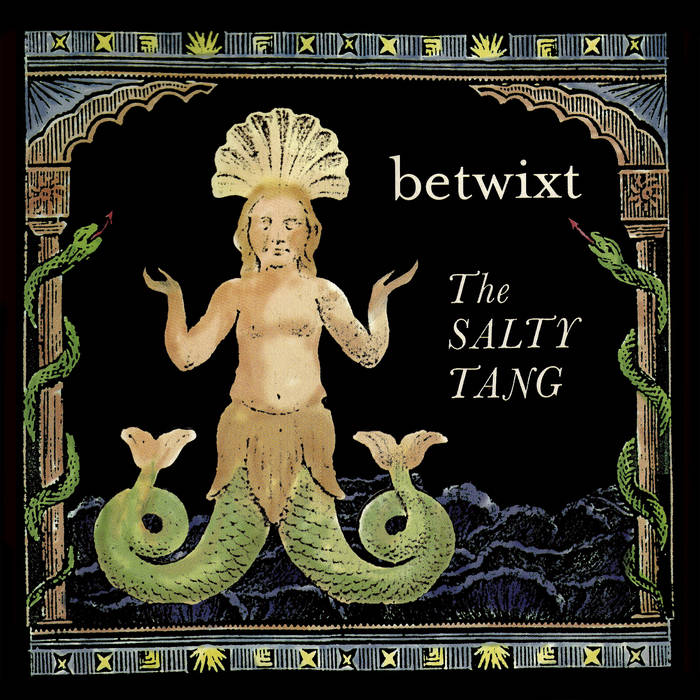 Originally released in 1999, Betwixt's highly-acclaimed second LP, The Salty Tang has been remastered from the original tapes and reissued on vinyl for the first time!! Upon its original release, CMJ called the record "a twisted, yet thoroughly beguiling mess of form-free pop" and added "this beautifully strange record, which is lodged tightly in the gorge that divides avant-pop and art-damaged rock, is elusive and challenging enough to puzzle and enchant even the most fickle listeners." The Boston Herald said "The Salty Tang continues Betwixt's raucous careening with inspired song craft and arty space trips." AllMusic.com said The Salty Tang "spices the group's alternative rock sound with winding, vaguely Old World-inspired melodies and arrangements, as well as with ethereal, slightly sinister female vocals. The band's best rock songs, such as the cello-driven gypsy-grunge of "Mosquito Bites" and the loping, klezmer-tinged "Sound of America," manage to be both dynamic and sophisticated, while the gentle yet disturbing "Needlessness" and the similarly hypnotic "Back of a Hand" hint at their softer side."

Recorded and produced by David Minehan November 1998 at Wooly Mammoth Sound, Boston Ma. Also recorded and produced by Joel Hamburger February - May 1999 at Supersonic Studio, Cambridge, Ma. Mastered for vinyl by Scott Anthony at Storybook Sound. The Salty Tang was originally released as Arch 010 in 1999 by the Archenemy Record Company. All songs by Callahan, Devaney, Nelson and WIthers (c) 1999 Betwixt Music.

Betwixt formed in 1997 in Boston from the ashes of Turkish Delight and Bulkhead. Leah Callahan on vocals, Tom Devaney on guitars, keyboards, Dave Nelson on drums, and Gordon Withers on cello. Drummer Chris Foley appeared on several tracks.The band released a single on Castle Von Buhler records in early 1998. The LP Moustache followed later that year. The Salty Tang was released in 1999. ... more

Bandcamp Daily  your guide to the world of Bandcamp